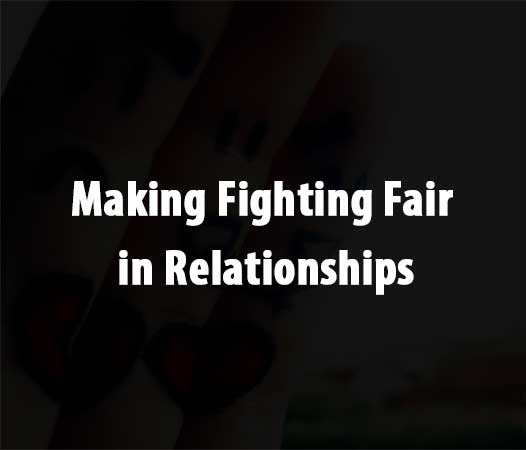 Every relation goes through some ups and down and nothing remain stagnant rather things tend to change within relationship as well. Fights do occur within relationships and that is not a big problem but fighting without any rules and limits may actually hurt the relationship badly. No matter how much you love each other, you both should try to make some code of fighting and some limits need to be set to make sure that no one of you actually crosses that limit. This is because crossing the limits might actually hurt the relationship badly and hence might result in you both regretting in the end. It often happens that you actually forget while fighting that you are actually talking to someone who is very near to our heart and we can’t afford to lose him. So have a look on some of the things that need to be taken into consideration while fighting.

Listen to Each Other

Mostly the relationship problems occur when you don’t listen to your partner’s point of view because deferring to it might actually make things worse. It is never advised to talk one sided without listening to what other wants to say. Always try giving your partner the equal time so that he clears his stance and hence this will certainly reduce the number of uncertainties associated with the relationship.

No Use of Bad Language

One more thing, never use bad language as it might make the fight worse. Relationships are built on the mutual trust and respect between the couple. If you finish this bond of respect that is held by the couple then there is little chances of your relationship survival. Avoid using such harsh and bad words that disgrace your significant other.

Blaming is what you every time do when you have fight with your partner. In the heat of argument you actually forget that you are talking with someone who you dearly love and hence blaming can break your relationship. Avoid blaming as it never solves your issues rather it creates further issues within relation which increases the tension between couple. When you are blaming your partner for everything then you will not be able to solve anything.

Take turns while fighting, meaning give your partner to speak and present his point of view as well. It is not advised that you both shout at each other as this will not help the cause of solving issues.