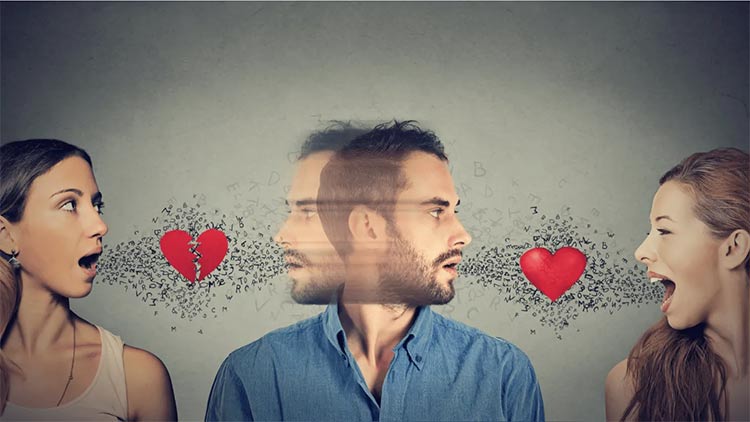 While standing on the altar, saying vows, pronouncing eternal love for each other in front of so many people, a relationship begins its journey with tons of expectations attached to it. A dream of a happy relationship is the ultimate goal that couples keep in mind, to strive for better together and to make improvements individually, too. We hope for a picture perfect marriage, no flaws whatsoever, to fall in love again and again with the person who is going to share a lifetime.

We assume life remains simple however, there is substantial amount of effort to be required on the part of both partners. There is always a chance that dreams don’t come true, relationships are met with disappointments. Wishes are going to be crushed and partners are going to come up short. For many reasons to be stated, the leading one for the failure of a relationship is infidelity.

Men stray away from the proper path of relationships and there are many variables that play a part in broken marriages. Married men do fall in love with other women while keeping a committed relationship and the reasons may be any one of the following:

1. He can’t find a friend in your relationship.

Maybe he wanted a friend in you because he thinks that friendship is the way you two can understand better each other. Failure to find the one in you, he seeks friendship outside your marriage. The problem in friends with other women arises when there are more romantic feelings involved.

2. He has been immature from the beginning.

Most suitable scenario for married men falling for other women is rushing into marriage and not fully grasping the responsibility of being in a committed relationship.

3. He is getting bored of having gotten you.

He has accomplished his challenge when he finally found you but now, he is up for another one. He gets bored of your relationship because he is attracted to have a relationship with someone outside of the marriage.

4. He doesn’t want to take anymore negative environment in your relationship.

Prolonged remorse or sadness in a marriage creates a negative environment and married men run away from such relationships to find positivity in their life with other women.

5. He wants to add excitement by breaking the monotony.

He may not be the person who likes too much stability in a relationship. The fact that your marriage is too safe and easy takes his chances to be the drama queen. The risk that he has been taking when start looking for affairs is because he wants to shake things up a little bit; to add more excitement into your lives.

6. He might be expecting something else but couldn’t find that with you.

He is not happy in a relationship with you because his expectations are not met and he doesn’t feel fulfilled at all.

7. He is feeling lack of gratitude and appreciation.

A marriage in which either of the partners feels undervalued or unappreciated do not have the longevity and men easily find another way out of it.